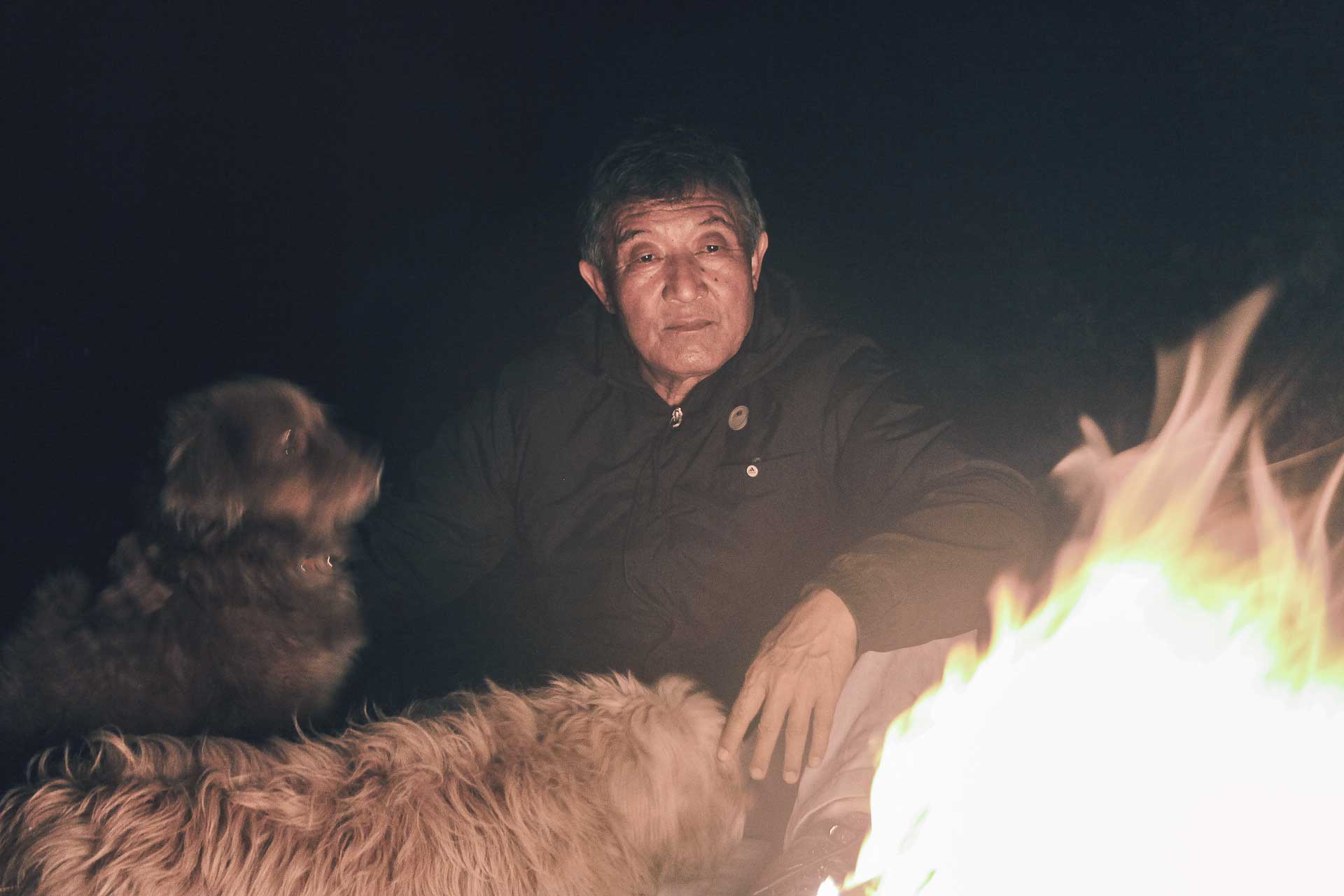 Annie Leibovitz, the celebrated portrait photographer, photographed John Lenon and Yoko Ono on the 8th of December 1980. The picture she took of them would grace the cover of the January issue of the Rolling Stones magazine, 1981. A stark-naked John Lenon, planting a more than casual kiss on a casually dressed Yoko Ono.

John Lenon was shot and killed a couple of hours after the photo shoot, that very day.

Annie Leibovitz, on more than one occasion, has used this photograph as an example of how circumstances could change a picture. A loving kiss becomes a kiss goodbye. Events that happen after a photograph have been taken, make the picture something else. The photograph inherits a story and becomes something else.

My father passed away in March, this year. After years of battling, and beating cancer, he died of other related causes, at home surrounded by family. He wasn’t very fond of this picture I took of him. I forget his exact words but he laughed that it failed to flatter his features. I took it on a cold winter night in 2012, where he and I sat beside a roaring fire, under a clear night sky, our dogs basking in the warmth of the fire and the company of their master. Our conversation was bonfire worthy; pensive, thoughtful, funny, and pregnant with conspiracy. It was one of my favorite things to do with him and this would be one of the last times we would enjoy a bonfire without the shadow of his illness on us.

I can no longer look at this photograph the way I used to. It’s a photograph of my father and his pets, all of whom have passed on.

It’s a photograph of the last time we had a carefree evening around a bonfire.

The photograph inherits a story and becomes something else.